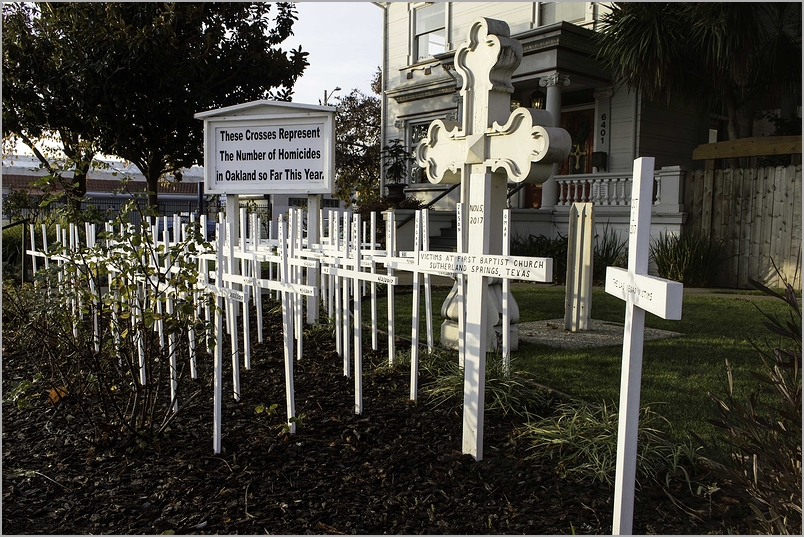 A Sad Reflection on the Year Just Past

This is an annual memorial presented at Columba Catholic Church on San Pablo Avenue. On January First - the plot is cleared. And sadly - the display inevitably begins once more. Each cross is numbered along with the victim's first name and the date they died. The two larger crosses in the foreground commemorate the mass shootings in Sutherland Springs, Texas and at the country music concert in Las Vegas, Nevada.

Thanks NRA and its friend Trump !!!!!

@Gérard: Sad but all too true, Gérard - may more conscious and progressive days unfold in the months ahead.