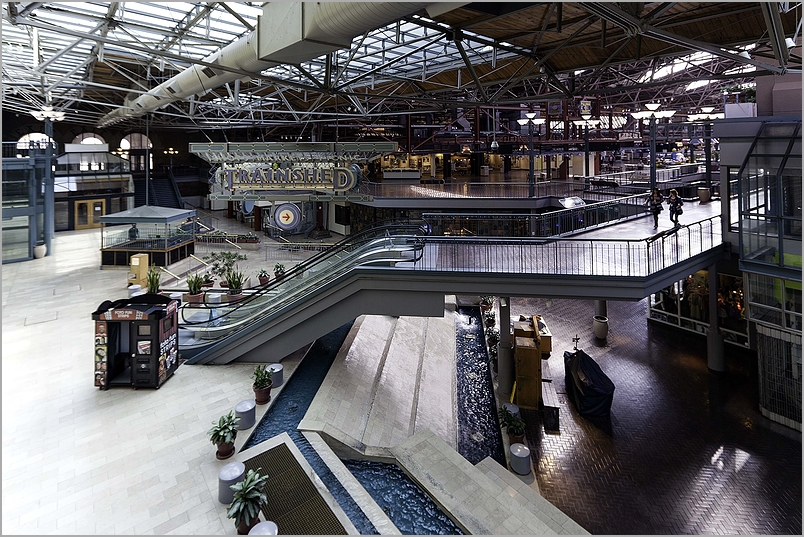 A shopping, food, and picnic area in the concourse which once led to the many train platforms.

Note on Union Station, St. Louis: with its position near the center of the continental United States - at the end of the 19th century - this was the busiest rail station in the world!