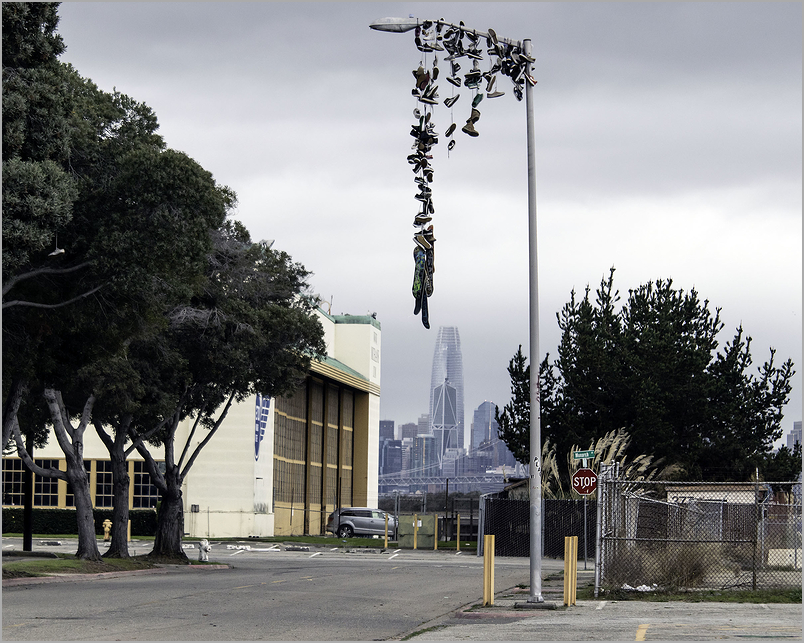 A new display of discarded shoes hanging from a streetlamp. Taken near the intersection of Monarch Avenue and Redline Road on the grounds of the former Alameda Naval Air Station. The building at right is one of the airplane hangars form that time. The San Francisco skyline is in the distance.

What I thought might be a human dummy hanging in effigy below the shoes - turns out to see a bunch of skateboards.