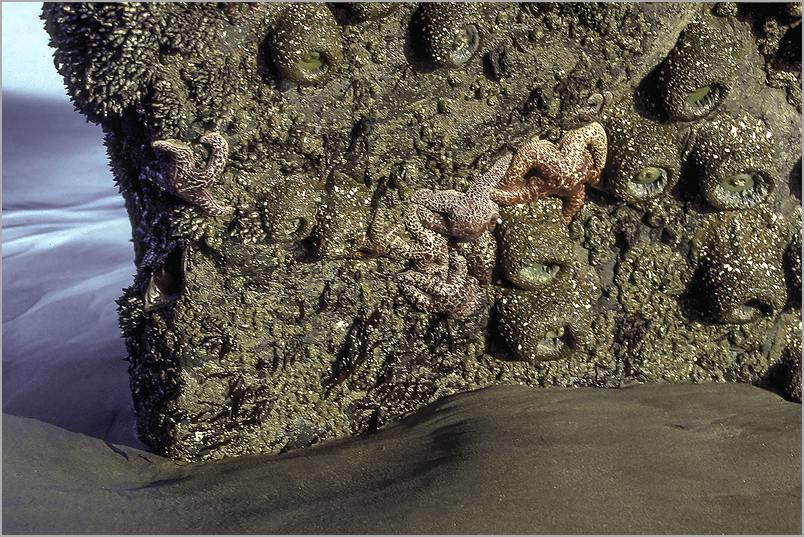 Outside of The Golden Gate in San Francisco

The image was taken shortly after sunrise during a minus tide. This stretch of sand and rock between Baker Beach and China Beach is normally submerged. On occasions such as this, extremely low tides allow access for a few hours. There are several good-sized caves along this section, and rocks covered with life. As the ocean moves back in - large waves pound the rocks and cliffs - making this area inaccessible and dangerous.