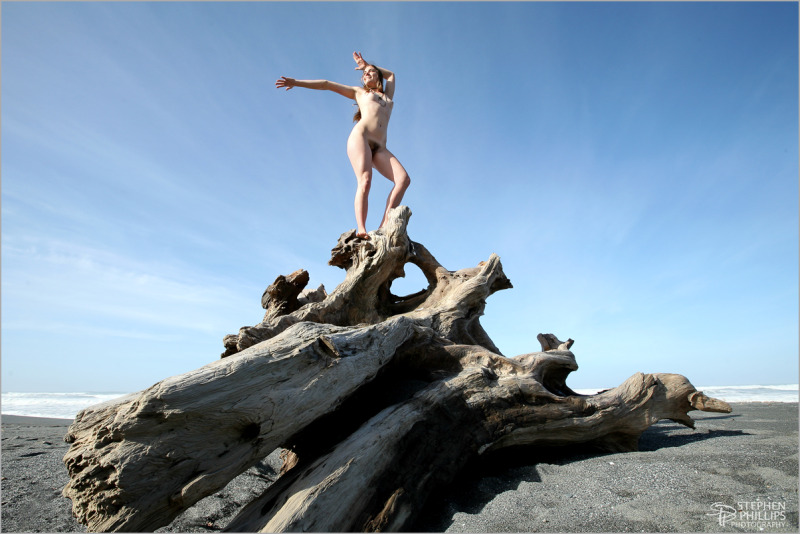 This is Annie - from a shoot we did nearly four years ago. This beach is at Stone Lagoon - a vast and beautiful stretch of coastal Humboldt County - at the top of California. From that time on - I've stopped by this location every time I'm in the area - as was the case last week...

That tree that she's standing on is still there. It has been moved around some by high tides and storm surges. But it is in about the same location it was back then. It is further up the beach than it was in 2008 - and has been ravaged by not only wind and rain and surf - but also numerous fires. One thing is certain - it is not the same piece of driftwood that supported Annie here.

A fabulous ocmposition, the dead impresive tree contrast with the power of life in the beautiful body of the model!

Perhaps it's the pose and her shape, but the whole looks as though it was made to be, like a dynamic piece of modern sculpture.

Really nice idea. combining this dead trank with the life of the beuatiful body. Exhellent framing

Loved The Heart, That she Is Standing On....beautiful composition