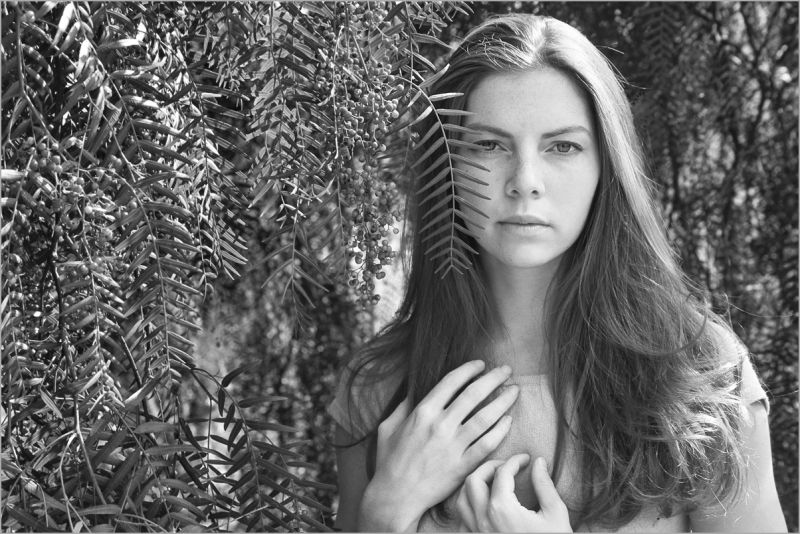 Jesse in the Garden

Taking a transparency image shot on Provia 100 film and transitioning it into a B&W image wasn't what I originally had planned. I love this film for facial tones. But in playing with the newly rescued image - I started asking 'what if' and seeing it as a monochrome in my minds eye. After seeing the result I couldn't go back...

A color version from the same series - tomorrow.

The range of grey along with her expression offers like a pre-raphaelite painting sensation i enjoy a lot.

Love the composition and the B&W rendition Stephen but find the frond in front of her face a bit distracting! ;-)

B&W tones are perfect for this portrait!

beautiful . so subtle, so delicate , the same as her lovely expression

What an angelic face. A wonderful portrait.

love the soft tones in this monochrome! they do great justice to this lovely face. the single leaf in front of the face adds the final touch!

This is beautiful, I hope you gave her a copy!

I agree, this is a great choice. It looks fresh and soft. Very innocent.

Great results, I wouldn't have expected this to transform so well.

This is a lovely portrait! You made the right choice to go with b/w.