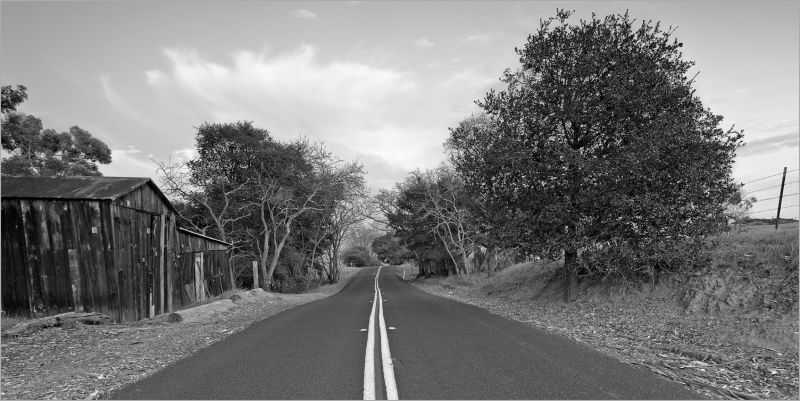 It is just after sunset. I'm rolling along this very twisted rural road in central Contra Costa County. The road navigated through a sharp bend in a steep revine before climbing up to this point. The sun was still shinning on the very tops of the clouds straight ahead. It had been raining most of the day and the sky was putting on quite a show. Everything was shouting 'capture me'!

A couple of U-turns later - the tripod was out, the camera attached, and it was showtime!

Very beautiful and wild! Sometimes the image slips between our fingers, we only have time to lose, he should move on foot! Last night I came home at night, the glow of the sun still lingered in the sky and suddenly I saw a deer in the middle of the road! I know the place, I drive so slowly! I cut the engine and just time to take my camera, it was still there! Just to put the net in it was gone!!

i love how pure your black and white shots are, the colours in the wood in the shed also show up really well. i'd love the opportunity to see some of the things you capture. Let alone capture them.

super view down the road

A classic scene, to be sure. I like the weathered barn.

Looks like Arkansas:-) Definitely an interesting road to travel.