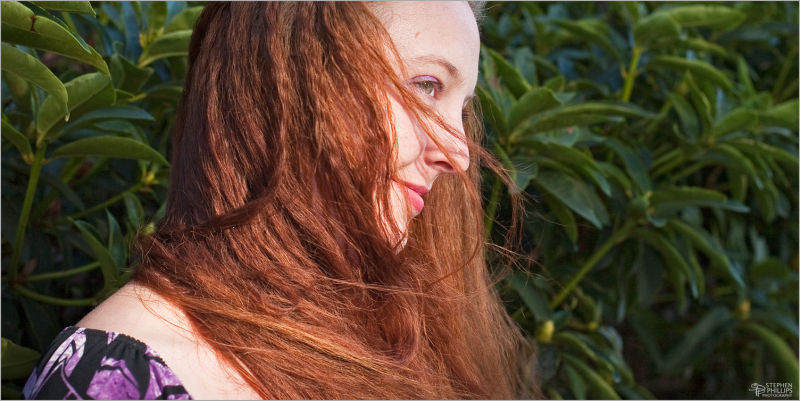 Lacey went to 'Burning Man' this year - that annual event of art, mayhem, and lunacy out in the Nevada desert. Preparing for the endless dust and wind - she had her long red tresses braided for the occasion.

She checked-in after her return on the day before she took the braids out - telling me that doing so caused her hair to become incredibly frizzy - and suggesting I might want to photograph the results.

This is somewhat akin to asking a dog if it would like a bone - or asking a politician if some campaign money might be useful.

I will note that it took all of six hours for her to get the braids undone - and then...

nice of her to offer.......nice capture.........nothing like the kinkiness of braided hair undone, especially if you braid it wet, and then let it dry completely !!!! used to have fun doing that !!!

Beautiful hair and great point of view in this portrait.