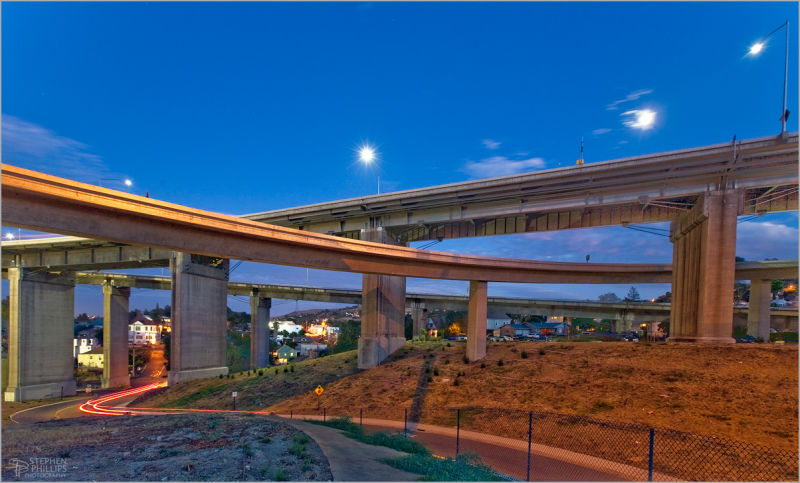 Through the Freeway - Under the Moon

For a couple of years - I'd been trying to find a way to show how this massive freeway interchange scales to the small town of Crockett, California ( population 3,194 - census 2000 ). This works. The image was taken from above a large retaining wall that was under construction the last time I was shooting here.

Jupiter is visible just barely above the top of the freeway to the lower left of the moon. This was taken on Monday night. I noticed last night (Tuesday) that Jupiter has overtaken our fair moon and that now the lunacy appears to be chasing the 'giant' planet across our sky.

What fantastic light! A most impressive capture. The tail light trail is a nice final touch to the composition.

very cool colors and lighting - I think I prefer yesterday's shot with the more defined curves.....can't wait to see more....

This series is giving me wanderlust for a trip up the Delta. best...jerry

Just went thru your pics from the last few weeks - you. are. the. man.