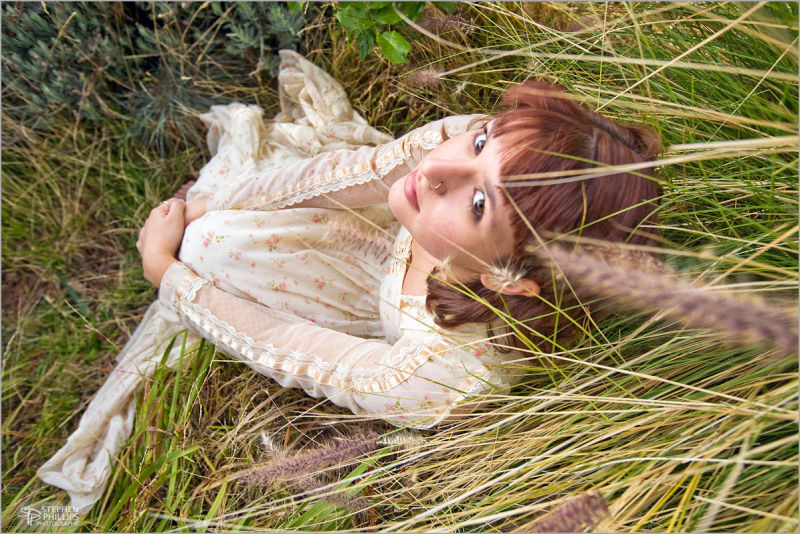 A Portrait in Tall Grass

[notebook]: a very different image form this series - tomorrow. Revina and this shooter had a great time playing with this dress and found a good number of locations to play with during our four hour session. Several of these images will appear here over the next few weeks.

this gunne toting shooter can be found on TWITTER > http://twitter.com/fogguy

This is simply amazing, Stephen. I am always looking forward for your model shots... This perspective is incredible!

Luminous, colorful and a great anfle to portrait this beautiful model. She looks at the camera sweetly.

interesting point of view, looking forward to the rest of the shots

Nice angle for a nice Girl...

Interesting angle for this shot.....and the dress looks lovely...can't wait to see more of this study.....

She's lovely. I like your POV and her wonderful expression. Kind of like a hide and seek game, where this lovely hider has been "found" in her special place.

A lovely innocent face and a great pov make this a great shot.

this is lovely Stephen! a wonderfully unique pov and frame -- i just love the long thin grasses filling the frame above and to the sides of the figure -- and what a beautiful portrait shot indeed!! BRAVO!

cool perspective on this - very different and works well with the tall grass......well done...

Tammy-Cricket from somewhere out there, United States

Beautiful! You are still amazing with your model shots.